Red is a neutral challenge MET! 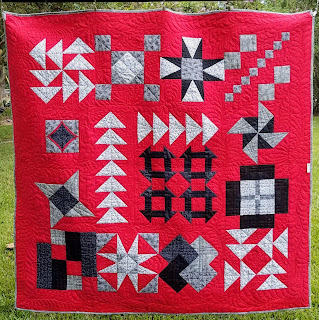 But it's now Another Red Feather. You can read about it on my blog, Fleur de Lis Quilts.
By Mary Marcotte at 8/22/2019 06:16:00 PM 5 comments:
Email ThisBlogThis!Share to TwitterShare to FacebookShare to Pinterest
Labels: #AHIQ, #AHIQRed, Mary

I have an update on the current challenge for all things floral. 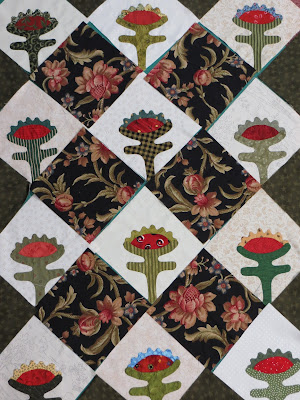 I appliqued 12 flowers on to 6 1/2" squares.  It is a flower I saw in a Cheri Payne project.  I enlarged it and gave it a different setting.

I cut green setting triangles and I think it needs red next.

If you want to see the other choices I had for the alternate blocks go here.  Sometimes it's so hard to choose.
Robin
By Robin at 8/20/2019 11:01:00 AM 5 comments:
Email ThisBlogThis!Share to TwitterShare to FacebookShare to Pinterest

Playtime - over 3 years in the making!!

I can not believe it was April 2016 that I stitched four blocks
which became my latest finish. 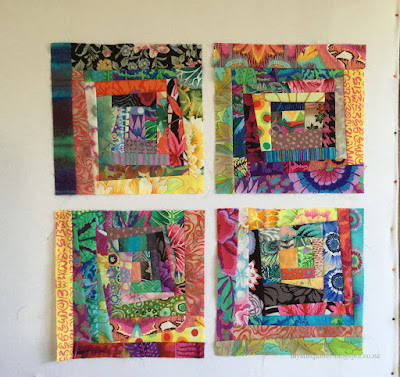 then the black/white spot added 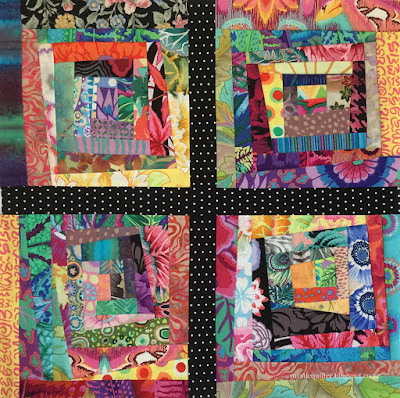 then I began playing with borders 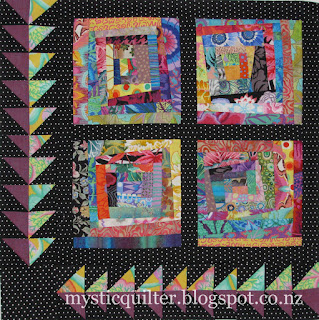 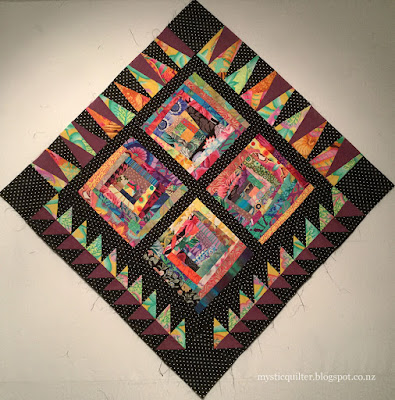 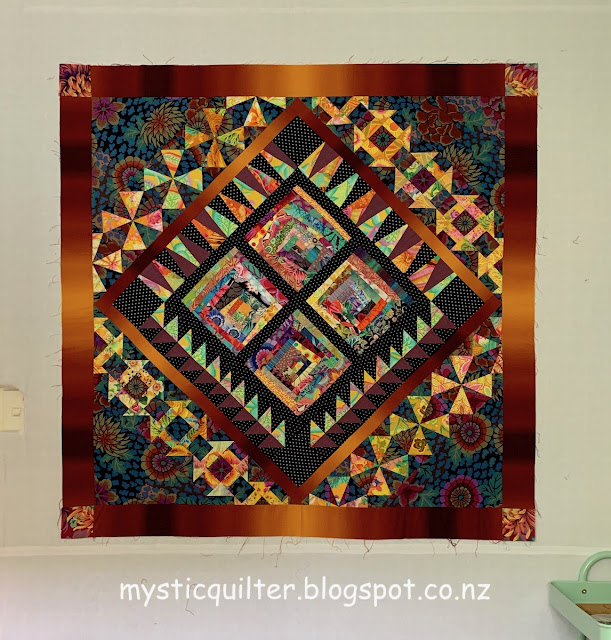 which truly is AdHoc with nothing planned, just added
and hoped things worked out!
The Churn Dash
blocks were originally intended for one of my Memory Quilts,
I balanced with Kaleidoscope blocks, filled in the corners
and bordered with the same ombre fabric as used in the
narrower border.
This will now be added to the other, I think, 18 quilts waiting to be quilted.
I had intended to put this one in a drawer for the foreseeable future
but changed my mind!!

By Mystic Quilter at 8/18/2019 10:10:00 PM 6 comments:
Email ThisBlogThis!Share to TwitterShare to FacebookShare to Pinterest
Labels: Playtime

Red as a Neutral

I completed the top for the "Red as Neutral" challenge. 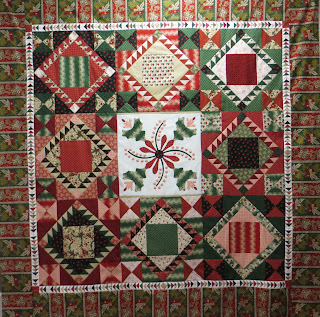 It is a pretty intensely colored quilt, almost oppressively so.

I love the applique center that immediately grabs your attention.

Then your eye examines the outer blocks individually.  The placement of the blocks was tricky and while it might look like I've put blocks together that have the same fabric, my son and I went over and over the placement and this is the best.  One reason is because the dark blocks have to be separated (sounds like I'm talking about my little children years ago) and then the stripes can't be together, and on and on.

After checking out the blocks and almost as an afterthought, you see the twinkle of the little flying geese units (that make me smile) and then accenting border.

It is about 72" square.  A good size to display during the Christmas season.

I'm not sure how It will be quilted.  Any ideas?


By Robin at 8/10/2019 08:09:00 AM 3 comments:
Email ThisBlogThis!Share to TwitterShare to FacebookShare to Pinterest
Newer Posts Older Posts Home
Subscribe to: Posts (Atom)